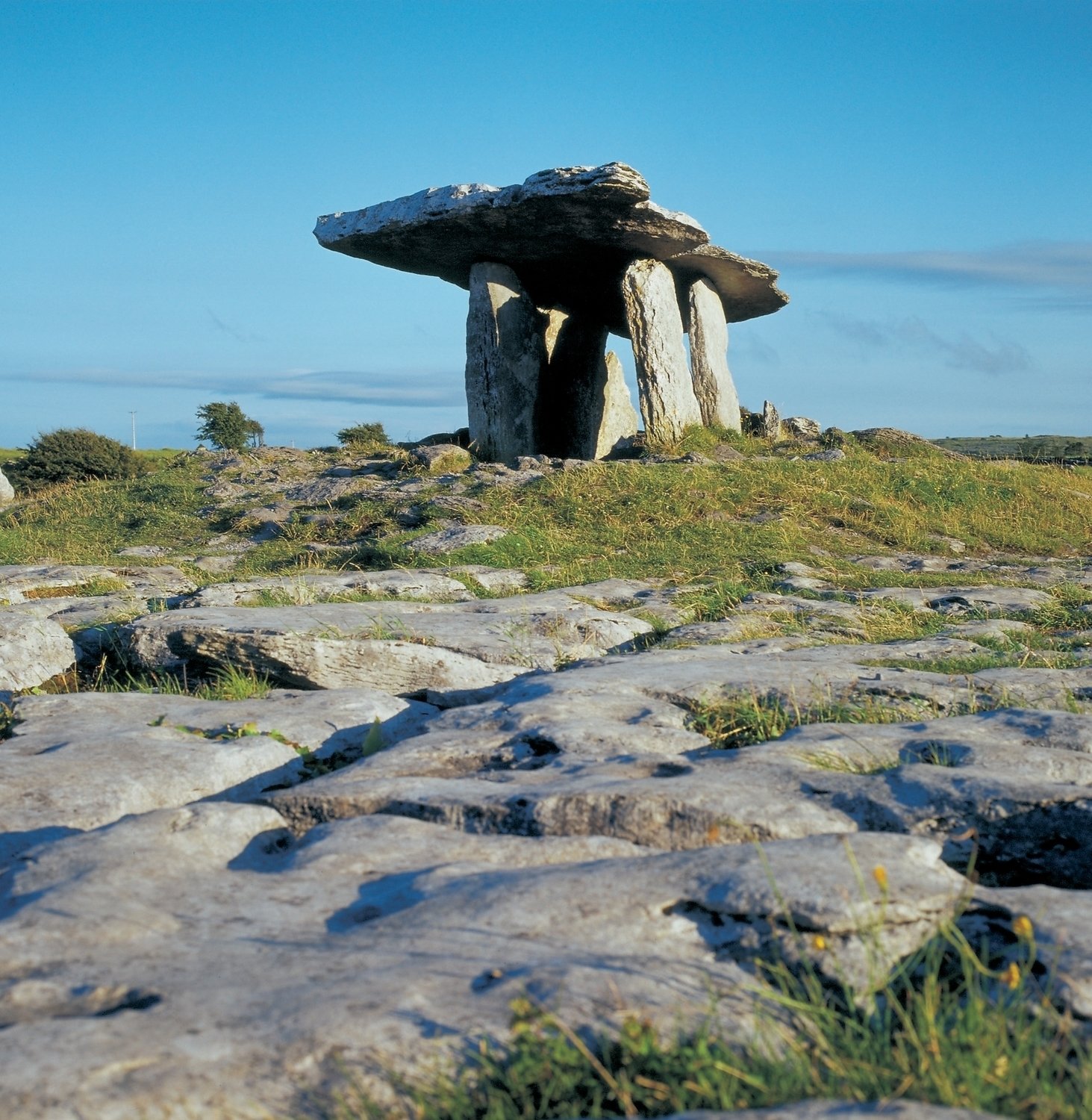 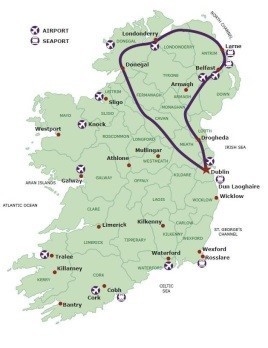 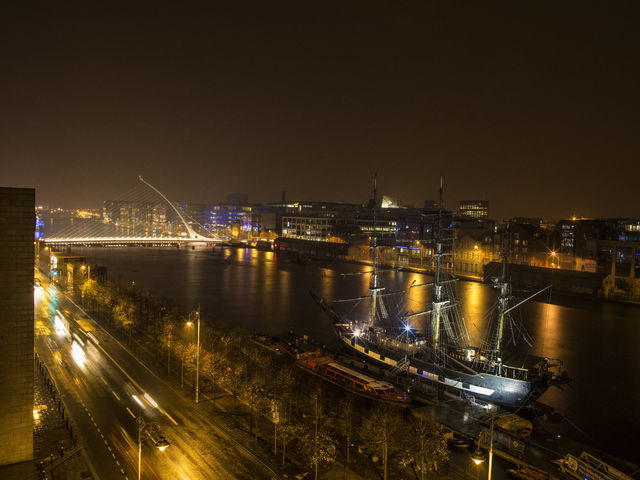 Arrive at Dublin Airport and transfer to the city centre for a Dublin City tour. The North Side of the city offers striking monuments such as the GPO (General Post Office) on O’Connell Street & the Phoenix Park, the largest public park in Europe.

Finally today you will enjoy a visit to the Guinness Storehouse.

This morning depart Dublin and head northwards. Visit Trim Castle which was used to film the York and London scenes for Braveheart. Next you will visit the nearby Bru na Boinne and Newgrange.

The archaeological landscape within Brú na Bóinne is dominated by the three well-known large passage tombs, Knowth, Newgrange and Dowth, built some 5,000 years ago in the Neolithic or Late Stone Age.

Travelling North, head for Downpatrick, burial ground of Saint Patrick, the Patron Saint of Ireland & Visit Castle Ward, to visit some of the set of Game of Thrones, series one.Continue on to Belfast for the night. Overnight: Belfast area (Full bed & breakfast) 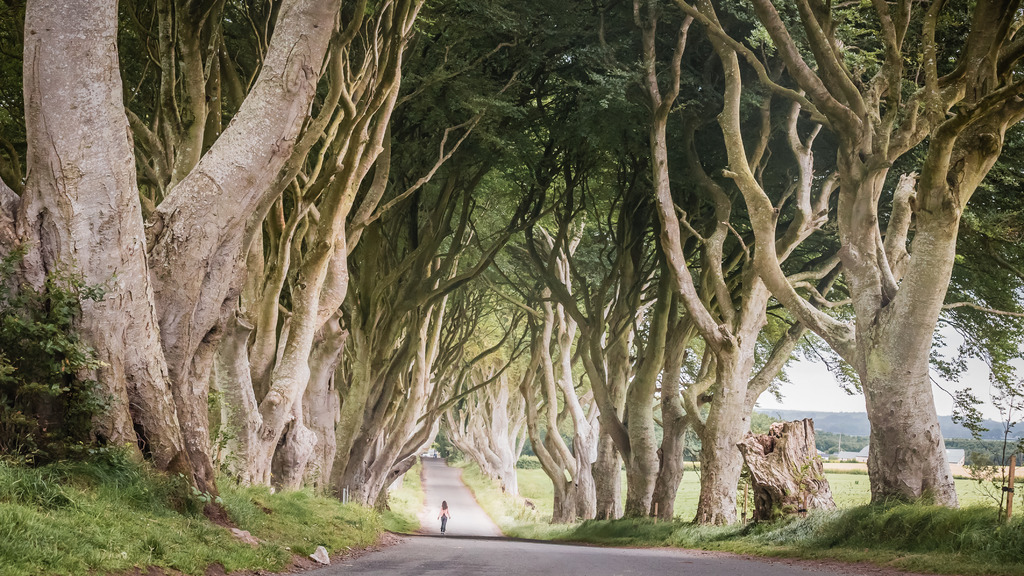 This morning enjoy a panoramic tour Belfast City. See some of the landmark sites such as City Hall and Queens University. Visit The Titanic Belfast Experience; a dramatic, innovative and exciting presentation of the real story of the Titanic.

This state-of-the-art exhibition takes visitors on a journey through the life of the Titanic, from her conception in Belfast in the early 1900s, to her famous maiden voyage and tragic end.

In the afternoon travel from Belfast to the north-east shores of Lough Neagh and Shane’s Castle. Built in 1345 by a member of the royal house of O’Neill, the castle ruins and its 2600-acre demesne near Randalstown was the scene of extensive filming for the Game of Thrones series.

Outside the village of Ballygally lies Cairncastle the location for many other scenes from Game of Thrones. Cairncastle has its own tale of the nobleman supposedly drowned along the coastline in 1588 as part of the ill-fated Spanish Armada. Return to Belfast. Overnight: Belfast area (Full bed & breakfast) 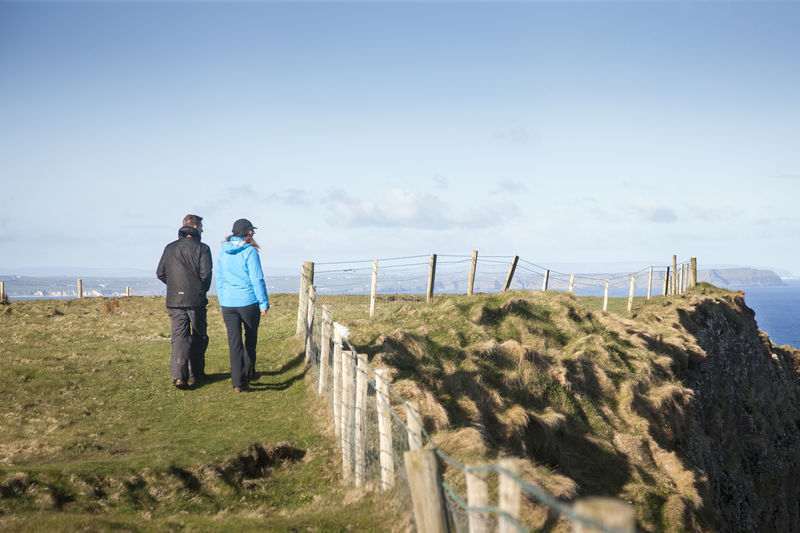 This morning leave Belfast and travel towards the picturesque town of Glenarm on the north Antrim coastline the setting of many Game of Thrones scenes.

Time permitting, pay a visit to Steensons Jewellers in the village, producer of many of the jewels featured in the hit TV Series. Continue on along the Antrim coastline enjoying the spectacular views, rolling hills and scenic villages.

Next Visit Carrick-a-Rede Rope Bridge. One of Northern Ireland’s most famous landmarks, the bridge is suspended across a 20-metre chasm between the mainland and the tiny Carrick Island, with a 23-metre drop to the water below. Overnight: Ballycastle or Bushmills areas (Full bed & breakfast) 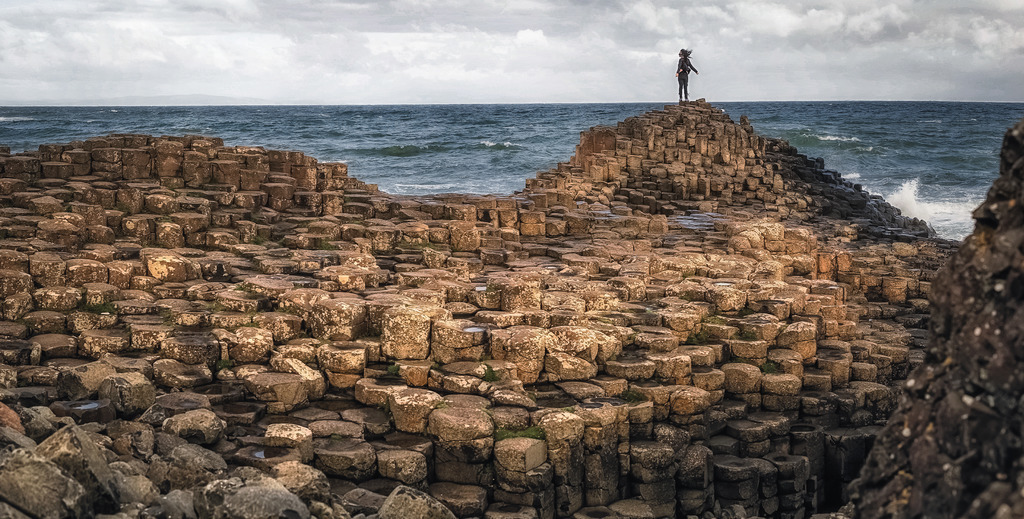 No visit to the north of Ireland would be complete without calling in to the Giants Causeway which is a UNESCO World Heritage Site.

Made up of a network of approximately 40,000 basalt columns projecting into the ocean, the Giant’s Causeway forms several miles of Northern Ireland’s Causeway Coastal route. 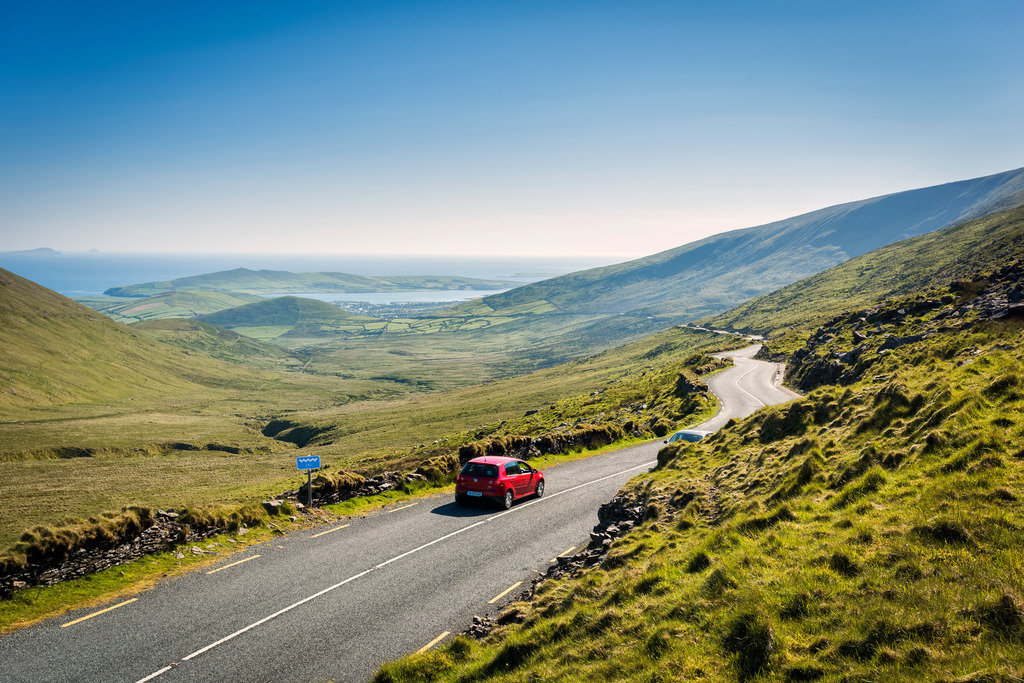 This morning enjoy a walking tour of the walled city of Derry. Leaving Derry you will travel to Donegal, where you can Visit Glenveagh National Park and Glenveagh Castle.

Situated in the Northwest of Co. Donegal, Glenveagh encompasses some 16,000 hectares in the heart of the Derryveagh Mountains.

Drive by the nearby Glenties, where Brian Friel’s play “Dancing at Lughnasa” was filmed. 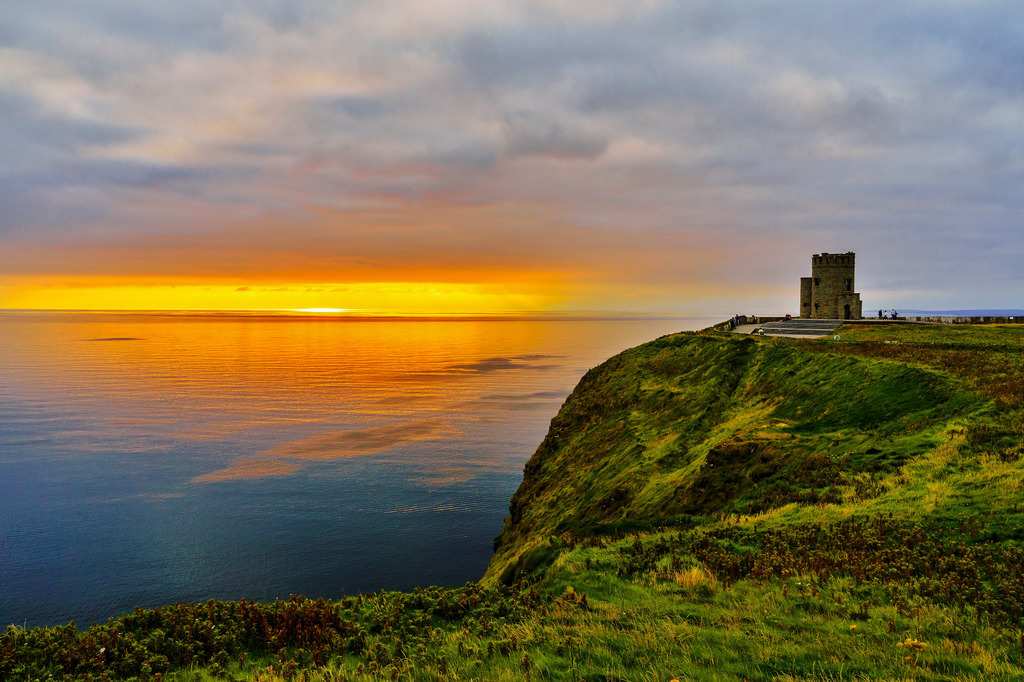 Castle Coole is one of Ireland's finest Neo-classical houses, allowing visitors to glimpse what life was like in the home of the Earls of Belmore.

Next Visit nearby Marble Arch Caves, one of Europe's finest showcaves with a fascinating natural underworld of rivers, waterfalls, winding passages and lofty chambers.

Transfer to Dublin Airport for your return flight home.

+Hotels minimum 3* throughout; Benny's Ireland Vacations reserves the right to alter from above named samples.

Save this product for later
Display prices in: USD