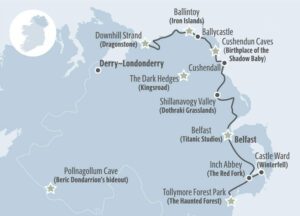 We start the day by travelling along the Causeway Coastal Route through beautiful coastal towns, including Ballycastle, which fans will know as home to the actors who play Lady Catelyn Stark and Varys!

Visit the Cave which featured Melisandre giving birth to the shadow assassin! 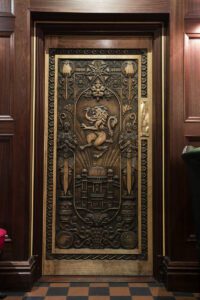 Cushendun is a small coastal village in County Antrim, located between Cushendall and Ballycastle. Lying at the mouth of the River Dun and Glendun, one of the nine Glens of Antrim.

Carnlough – Also known as Braavosi Canal when Ayra falls into the water during combat.

Ballintoy Harbor is the next port of call, where Theon Greyjoy came back to Pyke Harbor.

This picturesque coastal nook is where Theon Greyjoy arrives back in the Iron Islands and where he later admires his ship, the ‘Sea Bitch’. This is also where he first meets his sister Yara. Theon returns here in Season 2 Episode 2 and is baptized here in Season 2 Episode 3. Season 6 Episode 5 also features Euron’s drowning and rebirth, and the nearby beach played host to Melisandre’s burning of Stannis Baratheon’s bannerman.

The Harbor is in the picturesque village of Ballintoy, known as a ‘raised beach’ and accessed by a spectacular, steep winding road. You will find sea stacks, rocky islands, pools and a busy harbor leading to one of Europe’s great cliff-top and wild beach walks. 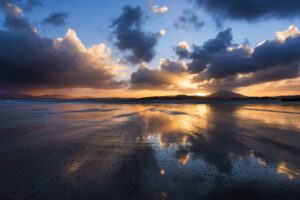 A small fishing harbor will be found at the end of a small narrow steep road down Knocksaughey Hill, which passes by the entrance of Larrybane and Carrick-a-Rede Rope Bridge. The rope bridge connects a 23m-deep and 20m-wide chasm between the mainland and a small island that has been used over the years by fishermen to place netting to capture migrating salmon.

Carrick-a-Rede comes from the Irish phrase Carraig a’Rede, which means “te boulder of the casting”. This probably refers to the fishing that was done off if the small island.

Carraig a’Raid is also from a Scottish Gaelic phrase that is translated to mean “the rock in the road”. This refers to the rocks that salmon have to hop over as they search for the river they were born from.

The village of Larrybane has an array of small shops, 2 churches, restaurants and social facilities. It gives one a true sense of Irish rural life.

The Dark Hedges is possibly the most recognizable of the locations where Arya Stark makes her escape down The Kings Road.

The Dark Hedges is an avenue of beech trees along Bregagh Road in Country Antrim. The Dark Hedges originated in the 16th century planted by the Stewart family designed to impress visitors as they approached the entrance to their mansion, Gracehill House,c.1775. Now one of the most photographed sites in Northern Ireland due to their fame from the “Game of Thrones®”.

Of course you can’t come this far without visiting this UNESCO World Heritage Site!

The Giant’s Causeway is a jagged promontory of neatly packed columns of hexagonal basalt rocks created some 6 million years ago by a flow of basaltic lava; consists of a series of over 40,000 hexagonal shaped rocks that looks like a grand set of stairs leading into the sea. 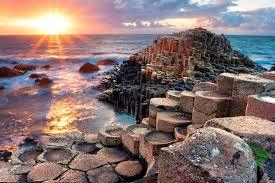 As legend has it, Northern Ireland was once home to a giant named Finn McCool (also called Fionn Mac Cumhaill). When another giant – Benandonner, across the Irish Sea in Scotland – threatened Ireland, Finn retaliated by tearing up great chunks of the Antrim coastline and hurling them into the sea.
Another local folklore, is that Finn MacCool built the Giants Causeway as part of a causeway to the Scottish island of Staffa (which has similar rock formations) for motives of either love or war.

*For additional filming locations of The Game of Thrones ® go to https://www.filmquest.co/search/?keywords=game+of+thrones