FROM THE GOURMET CAPITAL OF IRELAND, KINSALE, TO THE FORT OF CHARLES, TO THE SINKING OF THE LISITANIS, TO PAGAN STONE CIRCLES IN DRUMBEG, WEST ACORK HAS IT ALL! NOT TO MENTION THE BEAUTIFUL LANDSCAPE WHICH WILL BE YOURS TO ADMIRE ON THIS GREAT ADVENTURE. 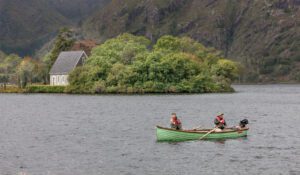 West Cork is famous for its unique, diverse and beautiful landscapes, its place as a Foodie’s destination and its 17th-century fortresses.

Wander the colorful Cobblestone Streets of Kinsale, famous for its colorful streetscapes and rich history, fueled by great people, food, boutiques & galleries’ and events! It is a vibrant coastal town with an energetic personality, located at the start of the Wild Atlantic Way.

Originally a medieval fishing port, the coastal enclave of Kinsale (from the Irish, Ceann tSaile – ‘Head of the Sea”), Kinsale has a long standing reputation as the Gourmet Capital of Ireland.

With over 50 eateries, Kinsale is a must for foodie lovers, enjoying the finest, freshest food and drink! Traditional and fusion food embrace the old and the new. 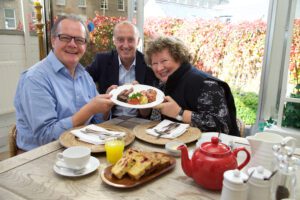 And tastes and budgets are catered for all. Kinsale’s Good Food Circle  hosts the much loved annual “Gourmet Festival” in October.

You will stop at the area where there are Pagan Stone Circles.

Drombeg, commonly referred to as “The Druid’s Altar” by locals, in keeping with its ancient and mystical purpose. In the time of the Celts, the Druids were a cast of religious practitioners who also dealt in magic.

These megalithic ruins, with 13 surviving stones, an ancient cooking pit & sea views, were, it is thought, designed for ritualistic astronomical purpose, by Ireland’s Bronze Age occupants. 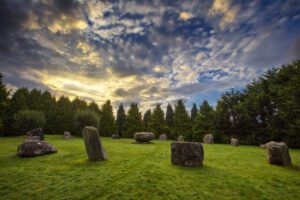 Most of these Stone Circles have a similar layout, with a larger gap between 2 of the stones, often 2 larger stones forming the entrance, opposite there is an ‘axial’ stone, often smaller than the others and sometimes flat rater than standing.

Most circles are believed to have been built between 3000 and 1500 BC for a purpose which is not clear but most authorities agree that they may have had a ritual or religious function.

Standing at the entrance of many stone circles, facing the axial stone, you will be looking directly at the pace of either the rising or setting sun during either the solstice‘s or equinoxes’.

Drombeg backdropped as it is by the rolling green fields and strip of distant ocean which lie beyond it, is magnificent! 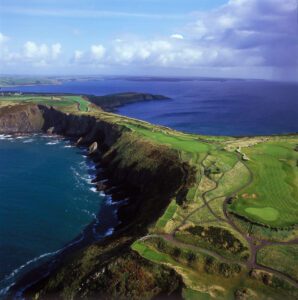 Charles Fort, referred to as the “new fort”, is a trace Italian fortification, a bastion fort with one section of the outer wall built in a star fashion. Located on the water’s edge, it was first completed in 1682.

The fort was built on the site of the ruins of an earlier stronghold known as Barry Óg Castle at Rincurran.

The smaller James Fort, referred to as the “old fort”, was built on the river’s opposite bank of the Kinsale Harbor before 1607.

The Kinsale Regional Museum is located in the 16th-century courthouse building that dates back to the 1590s.

The Museum features numerous exhibits with artifacts along with information about the 1915 sinking of the RMS Lusitania.

The Old Head of Kinsale

The signal Tower at the Old Head of Kinsale commemorates the lives of all passengers both lost and saved in this monumental tragedy.

HIS kiss is sweet, his word is kind,
His love is rich to me;
I could not in a palace find
A truer heart than he.
The eagle shelters not his nest
From hurricane and hail
More bravely than he guards my breast,
The Boatman of Kinsale.

The wind that round the Fastnet sweeps
Is not a whit more pure;
The goat that down Cnoc Sheehy leaps
Has not a foot more sure.
No firmer hand nor freer eye
E’er faced an autumn gale;
De Courcy’s heart is not so high,
The Boatman of Kinsale.

The brawling squires may heed him not,
The dainty stranger sneer,
But who will dare to hurt our cot,
When Myles O’Hea is here!
The scarlet soldiers pass along,
They’d like, but fear to rail;
His blood is hot, his blow is strong,
The Boatman of Kinsale.

His hooker’s in the Scilly van,
When seines are in the foam;
But money never made the man,
Nor wealth a happy home.
So, blest with love and liberty,
While he can trim a sail,
He’ll trust in God, and cling to me,—
The Boatman of Kinsale.