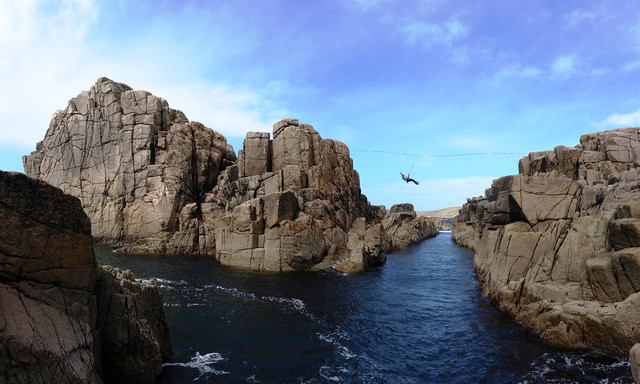 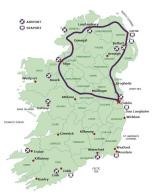 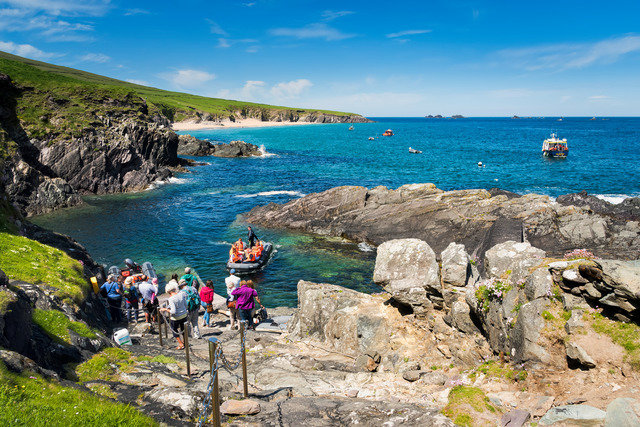 Spend the remainder of the day soaking up the atmosphere of this exciting city or visit some of its many attractions such as the Guinness Storehouse, Trinity College or Old Jameson
Distillery. Overnight: Dublin area (Bed & Full Irish Breakfast) 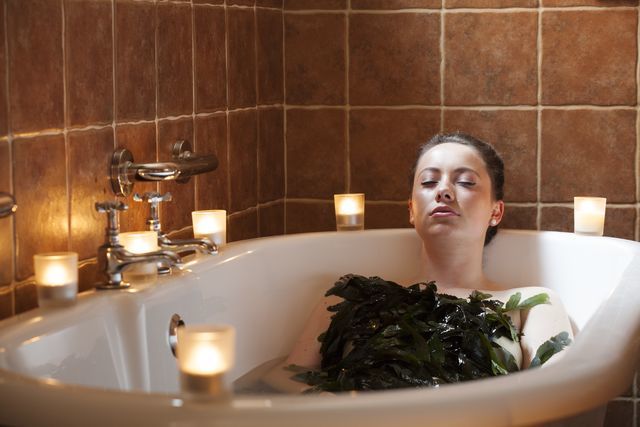 Depart Dublin this morning and travel northwards towards Belfast. From Newry travel east through the scenic Mourne Region and on to Downpatrick where you can visit the Saint Patrick Centre.

The Saint Patrick Centre, one of Northern Ireland’s major Millennium Projects, is the first permanent exhibition to tell the story of Ireland’s Patron Saint.

Following the visit, you can also visit Down Cathedral, in whose churchyard St. Patrick is reputed to be buried. 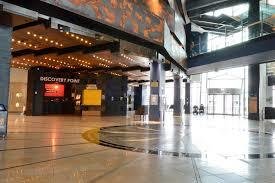 Continuing on from Downpatrick, you arrive at Castle Ward, a beautiful 300-ha (750acre) walled estate in a stunning location overlooking Strangford Lough.
Your next stop is Belfast, where you can wander around the city centre and admire some exquisite examples of Georgian, Victorian and Edwardian architecture, dominated by the magnificently domed City Hall.

This Renaissance-style building of Portland stone was completed in 1906 and each of the building’s corners has a tower. Its graceful dome rises in the centre to 185 feet. Half a mile from this area is Queens University, with its mellow brickwork and Tudor cloister. Overnight: Belfast area (Bed & Full Irish Breakfast) 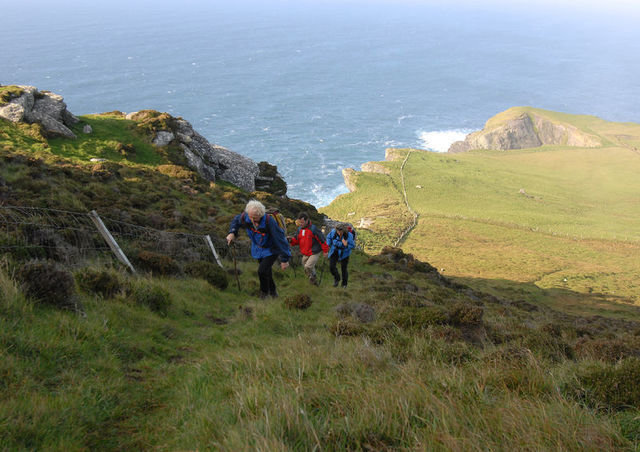 Your Causeway Coastal Route adventure begins in the city of Belfast. Heading north from Belfast on the M2 motorway, Belfast Lough will glisten to your right as you join the Causeway Coastal Route at Newtownabbey and cruise towards the seaside town of Carrickfergus.
The town’s harbour-side Norman 12th Century castle has seen over 800 years of action, right up until World War II, with portcullis ramparts, canons and a chilling dungeon.

After extensive renovations, the Gobbins is open again, and it’s already proving a hugely popular stop along the stunning Causeway Coastal Route. 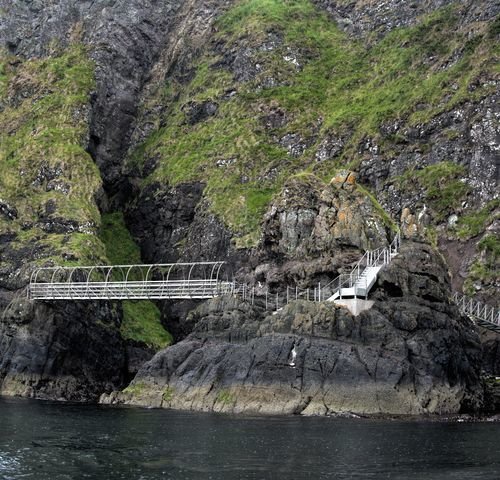 After braving the elements on the Gobbins Path, continue to Larne. Larne is known locally as the gateway to the nine Glens of Antrim: glacier-gouged valleys of seaside villages and highlands of coniferous forests.
Continue north along the crumbling coast and you’ll reach Ballygally where you could enjoy walks along its beautiful golden beach. Make sure to visit Ballygally Castle.

The old castle is rooted in local myth and legend and is even said to have a resident ghost. J ust north of Ballygally, the sublime Carnfunnock Country Park is a must-visit.

This modern-day Garden of Eden combines man-made attractions with natural beauty. As well as glorious views of the County Antrim coastline, Carnfunnock has woodlands, colorful gardens and walking trails.

Continue north along the coast and visit one of Ireland’s oldest estates: Glenarm Castle. It’s open to the public from May to September, and a stroll around the immaculately kept walled gardens is the perfect precursor to lunch in the castle tearooms.

The village of Broughshane and the mighty Slemish Mountain are next. The latter is the lonely spot where St. Patrick was first bonded to slavery on his arrival to Ireland. Swing west and inland now to reach the town of Ballymena. With plenty of shops, restaurants and local attractions, Ballymena is the perfect place to end the first day of your Causeway Coastal Route journey. Overnight: Ballymena area (Bed & Full Irish Breakfast) 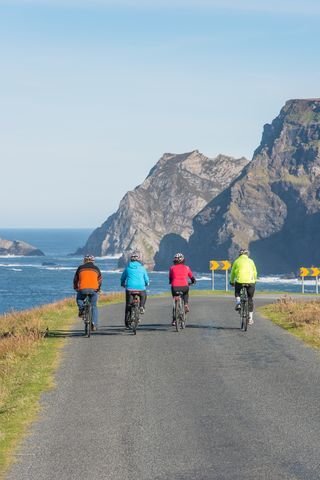 Fully refreshed, strike out for the Causeway Coastal Route again. You’re in the heart of the Glens of Antrim now, and there’s no better way to experience the majesty of the area than with a visit to Glenariff Forest Park.
Take your pick from the four walking routes, which wind around a fantasy landscape of cascading Essna-Crub waterfall and rivers.

Other highlights of the area include the Vanishing Lake and the Ballypatrick Forest Park. Cushendun itself is landmarked by the curiously shaped Curfew Tower. While you’re in the neighborhood we recommend seeing one of Northern Ireland’s most iconic sites: the Dark Hedges.

Like something straight out of a Hans Christian Andersen tale, a long country road is framed by interlocking beech trees, creating a mesmerizing vista. With the Dark Hedges explored, continue to the one of the superstars of the Causeway Coastal Route: Carrick-a-Rede rope-bridge.

A gravelled-step path brings you on a 1.0 kilometer walk to the bridge, which connects the mainland to the tiny island of Carrick-a-Rede. It was originally built by local salmon fisherman to provide access to the island.

Some structural improvements have been made since first built, but it still spans a 20-metre chasm some 30-metres above the crashing waves below.

With your heart still pounding, head west and into another heavy hitter of the Causeway Coastal Route: the Giant’s Causeway.

Here, some 40,000 hexagonal columns blanket the landscape and peter out into the ocean. An official UNESCO World Heritage Site, the Giant’s Causeway even featured on the cover sleeve of a Led Zeppelin album.

According to science, intense volcanic activity millennia ago created this whimsical landscape. But we much prefer the local version that tells of warring giants and heroic acts resulting in the Causeway. 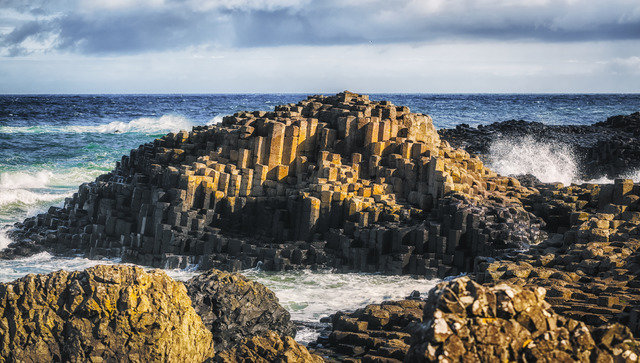 The Giant’s Causeway Visitor Centre elaborates on both the scientific and mythic explanations, and has plenty more fascinating information besides.

Head back to the coast and discover Dunluce Castle. It’s hard to imagine a more dramatic setting for the ruins of this 14th century reputed O’Neill castle. Set at the edge of a cliff top, the castle looks like it may plummet into the water (it did just a couple of centuries ago).

Have your camera batteries charged, as Dunluce Castle at sunset is one of the most striking sights you will see anywhere in the world. The day ends in nearby Portrush, famed for its golden beaches, brilliant surf (beginners welcome) and worldclass golf course – Royal Portrush. Overnight: Portrush area (Bed & Full Irish Breakfast) 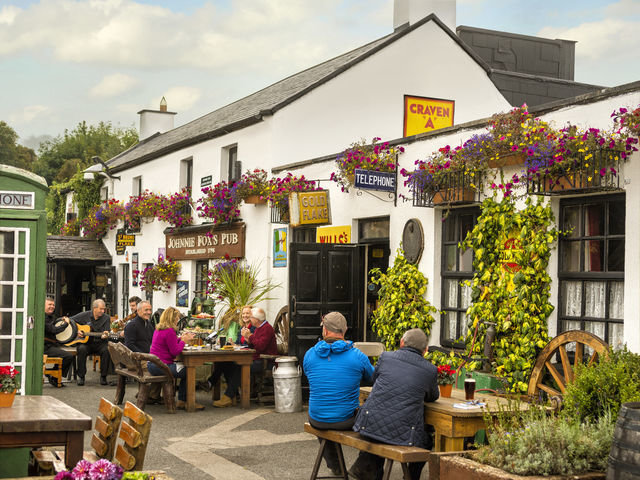 With Portrush in your rearview mirror, take a short drive to the seaside town of neighboring Portstewart. Here, you can enjoy the beautiful Portrush Whiterocks Beach, which has recently been awarded a Blue Flag Beach title.

If you fancy a spot of surfing, this is also a great place. Plenty of local shops supply all the equipment and lessons needed. Out of the water, a variety of caves, arches and headlands are great for scenic walks.

Swing inland and head for the university town of Coleraine. Stop here for lunch, then visit one of the oldest known human settlements in Ireland at Mountsandel, just a mile outside town.

Back on the coast and heading west, a stop at Mussenden Temple near Castlerock is a must. Looking like a relic from ancient Rome, this one-time library is perched precariously on a cliff top with commanding views over the panoramic coast.
After you’ve explored Limavady, head towards the Binevenagh Mountain. As an official Area of Outstanding Natural Beauty, you can expect breathtaking views from the summit. Your final destination today is the historic walled City of Derry.

As you approach, don’t be alarmed by the cannons on top of the huge city walls; they’re purely decorative. Inside, a warren of side streets, main streets, pubs, shops, theatres, restaurants and attractions of all sorts make Derry one of Ireland’s most compelling cultural cities. 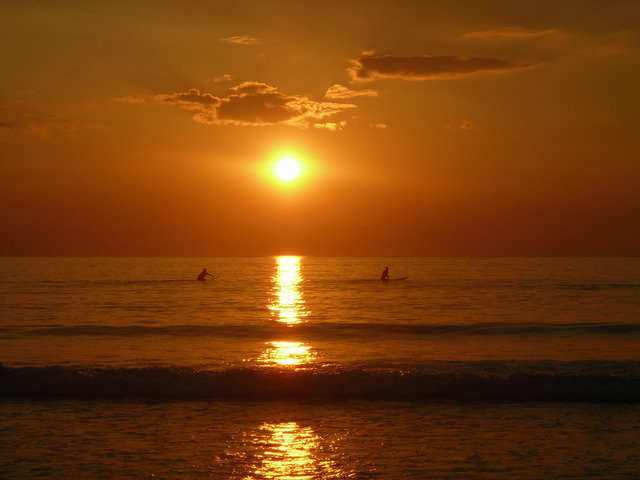 This morning head north towards the Inishowen peninsula. The Inishowen Peninsula with Lough Foyle to the east and Lough Swilly to the west reaches out into the Atlantic, where commences the “Wild Atlantic Way” and extends to Ireland’s northernmost point: Malin Head.

The landscape is typically Donegal: rugged, desolate and mountainous. Ancient sites abound, but there are also some wonderful beaches and plenty of sites to visit.

The peninsula is a European Special area of Conservation and home to over 100 species of migrating and indigenous bird life. After your tour of this amazing part of Ireland start your route towards Ennikskillen.
On the way pass by Donegal Town and keep on heading south to County Fermanagh. The beautiful County of Fermanagh is a visitor’s paradise with wide stretches of island dotted waterway and secluded bays surrounded by a patchwork of green fields, sift undulating hillsides and fresh forests.

Situated in the Northwest of Ireland, Fermanagh boasts one of the most uncongested lakes in Europe – Lough Erne. Lough Erne is made up of two channels, the lower and the upper Loughs. Where the two Loughs meet stands the island town of Enniskillen, also known as the county town.

The origins of the island town of Enniskillen go back to prehistory when this short nexus was the main highway between Ulster and Connaught. Fermanagh has a lot to offer and is best known for the quality of its fishing. Continue to Enniskillen. Overnight: Enniskillen area (Bed & Full Irish Breakfast) 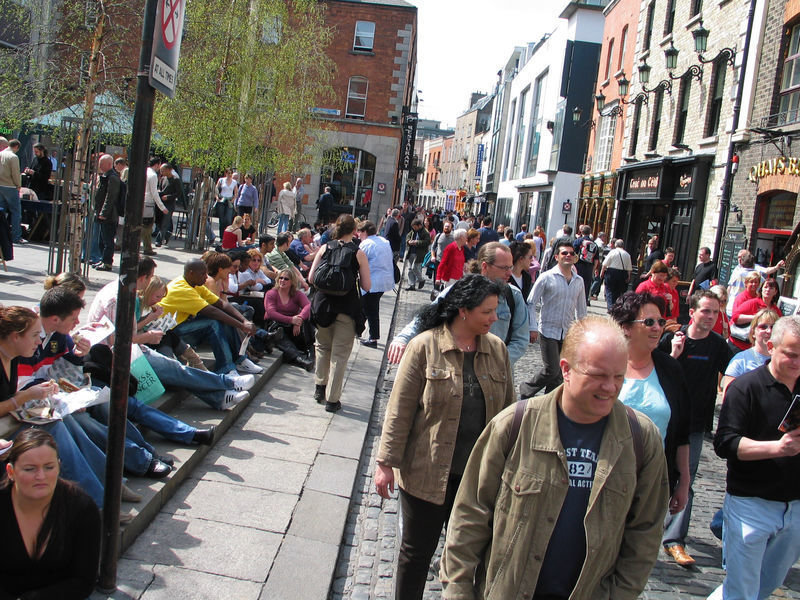 This morning commence your journey back to Dublin, perhaps travelling through the Boyne Valley region whose banks are lined with landmarks from almost every phase of Ireland’s past - from the prehistoric passage tombs at Newgrange, to the legendary Hill of Tara, seat of the Irish High Kings as well as monuments from the early days of Christianity.

You can visit Oldbridge House with its visitor centre telling the story of the Battle of the Boyne, fought between King William III and his father-in-law, King James II on 1 July 1690 (11 July according to our modern calendar).

Both kings commanded their armies in person, 36,000 on the Williamite side and 25,000 on the Jacobite side - the largest number of troops ever deployed on an Irish battlefield.

You can visit the nearby Brú Na Bóinne Visitor Centre which tells the history of the region and either Newgrange or Knowth burial passages. Continue on to Dublin for overnight. Overnight: Dublin area (Bed & Full Irish Breakfast)

After a final full Irish breakfast at your hotel, enjoy some free time to explore Dublin City for one last time, or travel to Dublin Airport for your return flight home.

Please be advised that you are required to check-in to your hotel/bed and breakfast accommodation no later than 6pm. If you are going to be laterthan 6pm, you must call your accommodation and advise of your approximate check in time.

Failure to do this could result in your reservation being cancelled and rooms released. Benny's Ireland Vacations, Inc. or it's partners, can not be held responsible for non-adherence to this requirement.

Child supplements apply when a child between 3 and 12 years incl. is sharing with 2 full paying adults to a maximum of 2 children in the room. A child sharing with a single adult is charged the normal per person rate. Children sharing 0-2 years incl. are free and meals paid directly